We use cookies to analyze traffic and continually improve our site.
More Info

Don’t miss out! Application ends in 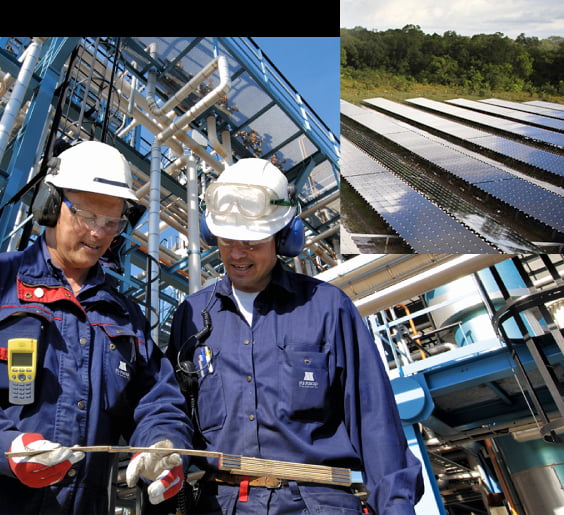 We are a partnership of three leading corporations in different industries and countries who have joined forces to develop ground-breaking, industry-transforming technologies for a greener and better future.

We will help you boost your innovations into a business, providing the next generation of solutions to help solve environmental challenges. Turning startups into success stories.

We are the Environmental Sustainability Innovation Lab (ESIL), here to accelerate and commercialize startups.

ESIL is a dynamic ecosystem delivering economically viable technology solutions that support a socially just transition to a NetZero world.

We are a platform for establishing breakthrough sustainable innovation solutions. We connect industries looking for green technology solutions with Israeli sustainability tech entrepreneurs and startups developing innovative and disruptive solutions to environmental problems.

ESIL is a partnership of EDF Renewables, Bazan Group and Johnson Matthey, each an industry leader in its field.

EDF Renewables is a world leader in renewable energy electricity. The company develops, builds and operates clean energy power plants in more than 20 countries both for its own account and for third parties. Historically, EDF Renewables primarily developed its business in two geographical areas, Europe and North America (U.S., Canada and Mexico). Since 2012, the Group has taken position in additional countries with strong renewable energy potential such as South Africa, Israel, Chile, Brazil, Emirates, India and China.

As an integrated operator with global reach, EDF Renewables covers the entire renewable energy chain, from development to operation and maintenance, and manages all project phases in-house. This enables us to control the quality and performance of our power plants and provide long-term support for our partners.

EDF Renewables is a subsidiary of the EDF group, one of the world’s three largest producers of electricity with an annual electricity production of 558TWh, €71.3Bn in sales and 165,000 employees. The Group generates low-carbon electricity around the world and actively participates in the energy transition. It plans to double its renewable capacity by 2030, from 28 GW to 50 GW, as part of its strategic project “CAP 2030”. Wherever the Group operates, it strives to invent a new energy model to address the climate crisis: lower-carbon, more efficient, less of an impact on the environment and on people.

Operating at the heart of the energy transition, EDF Renewables must constantly re-think energy production methods to prepare the future and ensure ongoing competitiveness. Against this backdrop, innovation is a key part of the Group’s strategy, enabling EDF to support the transformation of the sector and tackle the challenges lying ahead by fostering new technologies, expanding the use of digital technologies and supporting the emergence of Big Data. The company is already working on new business models based on digital technologies and their applications (distributed production, energy storage, electricity sales contracts with large companies, etc.) and positioning itself as a leader in the energy sector’s transformation. EDF Renewables invests its human and financial resources in developing innovative solutions and works with a range of partners to put these solutions into practice. The company is notably working with EDF R&D to investigate and test projects designed to integrate renewable and intermittent energy sources in its production system.

The Bazan Group is the cornerstone of Israeli industry and is regarded as an economic powerhouse. Oil Refineries Ltd. (Bazan), located in the Haifa Bay area, is one of the largest and most complex energy groups in Israel and it operates a refinery and petrochemicals conglomerate. Modern facilities enable Bazan to produce a large variety of oil refinery products for industry, transport, agriculture, infrastructures and domestic consumption. Bazan has a maximum daily production capacity of approximately 26,600 tons of oil (197,000 barrels). More than 70% of the Company’s products are distributed in the domestic market, while the remainder is destined primarily for the eastern Mediterranean.

The Bazan Group comprises three industrial companies operating in Israel primarily in the production of petroleum products, polymers used as raw materials in the plastics industry, aromatics compounds for the chemicals and petrochemicals industry. The Group’s plants operate synergistically and the plants of the subsidiaries constitute an extension of Bazan’s facilities. This allows Bazan to optimize the output of the refinery facilities, while producing petroleum alongside various other products as well as petrochemical products. As a result of the integrated management of the facilities, Bazan is able to increase its profit margin and create cost efficiency. The Company also supplies power services to industrial customers in the Haifa Bay area as well as infrastructure services (storage and transportation of fuel products).

Johnson Matthey is a global leader in science that enables a cleaner and healthier world. With over 200 years of sustained commitment to innovation and technological breakthroughs, we improve the performance, function and safety of our customers’ products. Our science has a global impact in areas such as low emission transport, pharmaceuticals, chemical processing and making the most efficient use of the planet’s natural resources. Today around 15,000 Johnson Matthey professionals collaborate with our network of customers and partners to make a real difference to the world around us.

Our portfolio companies are set to change the way we treat our planet, and are aimed at a bright, sustainable future for all mankind

RepAir develops an innovative, highly efficient solution for CO2 capture directly out of the air (Direct Air Capture), based on a unique electrochemical technology.
Visit website

Hydro X has developed a disruptive and green hydrogen energy storage technology which enables to store and transport hydrogen in a cost and energy efficient way, unlocking the hydrogen era.
Visit website

Soltrex is an autonomous solar panel cleaning ground vehicle that helps to increase the output of electricity production.
Visit website

We are here to help you succeed

You will be part of unique, open innovation processes with the chance for a practical realization of circular economy concepts while making a real impact on people’s lives.

Giving you a head start

Funding
Facilities & Pilots
Expertise
Business Development & Support
Bringing innovations to life is hard work, but we are here to support you Apply Now

We seek innovative startups in the fields of Clean Energy, Material Production, Pollution Reduction & Environmentally Friendly products to join us on a journey of growth, technology excellence, and business success

Turn your vision into a pilot with ESIL
1
Apply Fill out the application form
2
Evaluation We review your investors deck checking out for a match to our investment criteria. If suitable, we’ll proceed to an in-depth analysis of your startup
3
Work Plan We define, together with you, a detailed work plan matching an approved budget
4
Join the Lab Following an approval from the Israel Innovation Authority (IIA), your startup will join the lab to execute the work plan